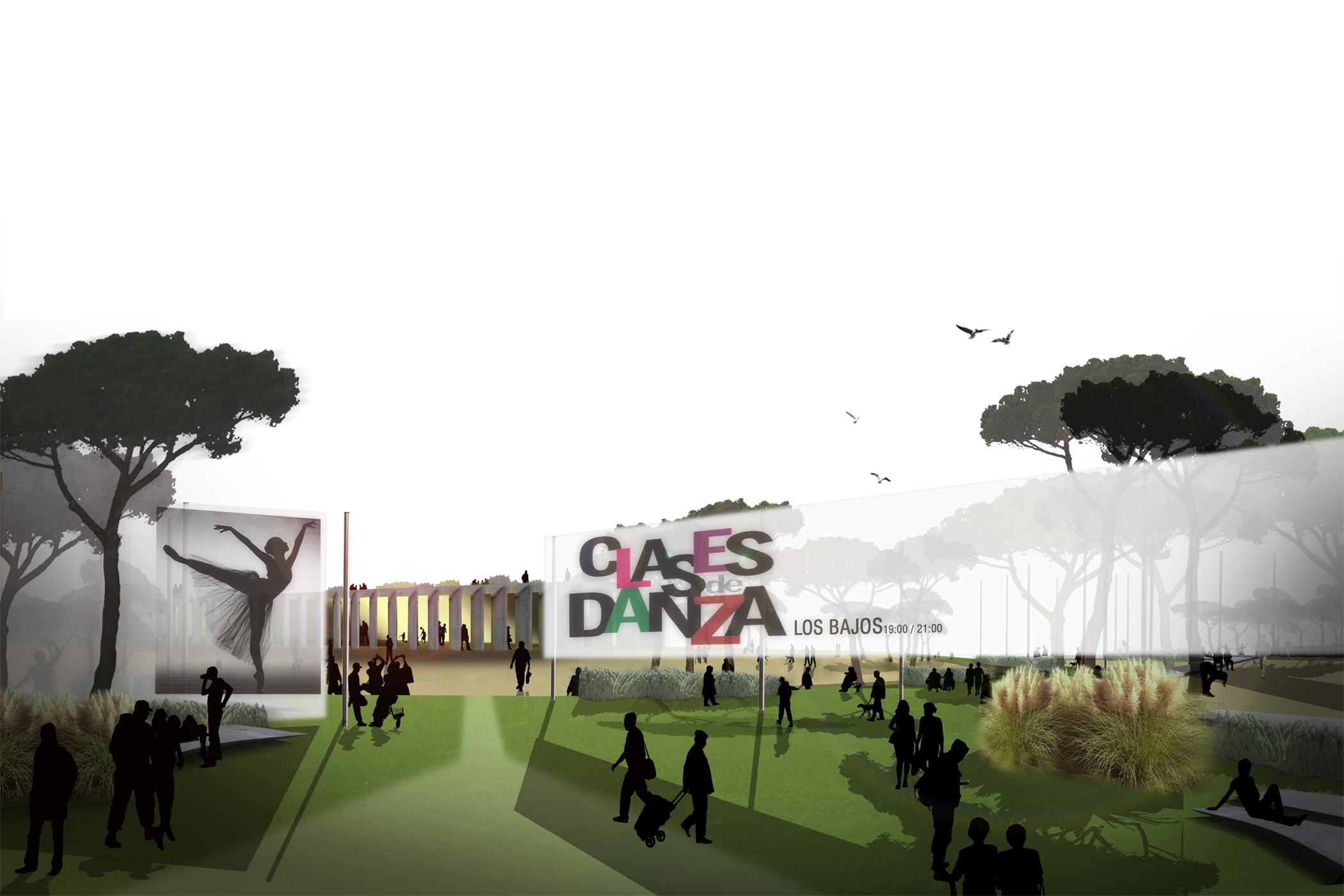 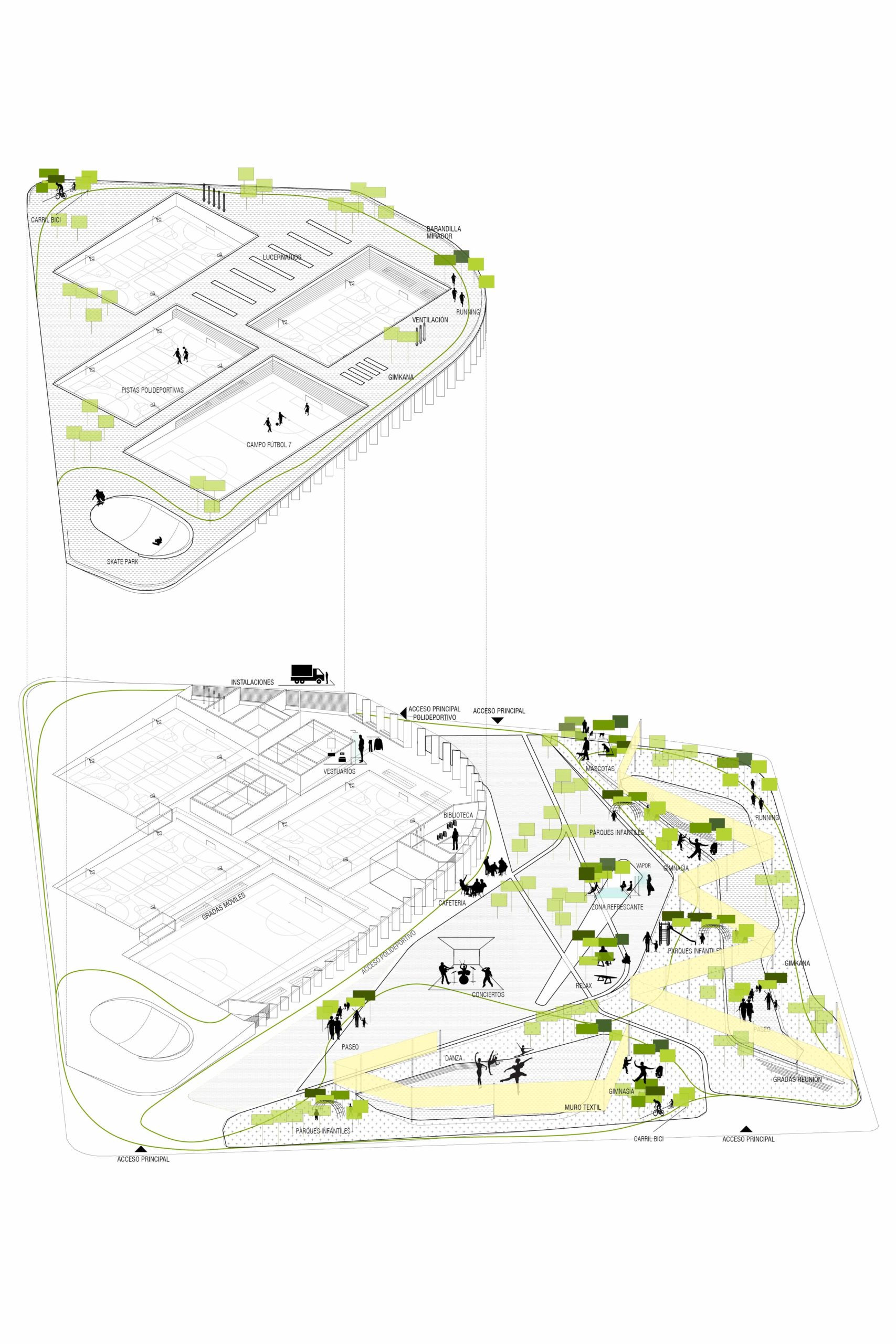 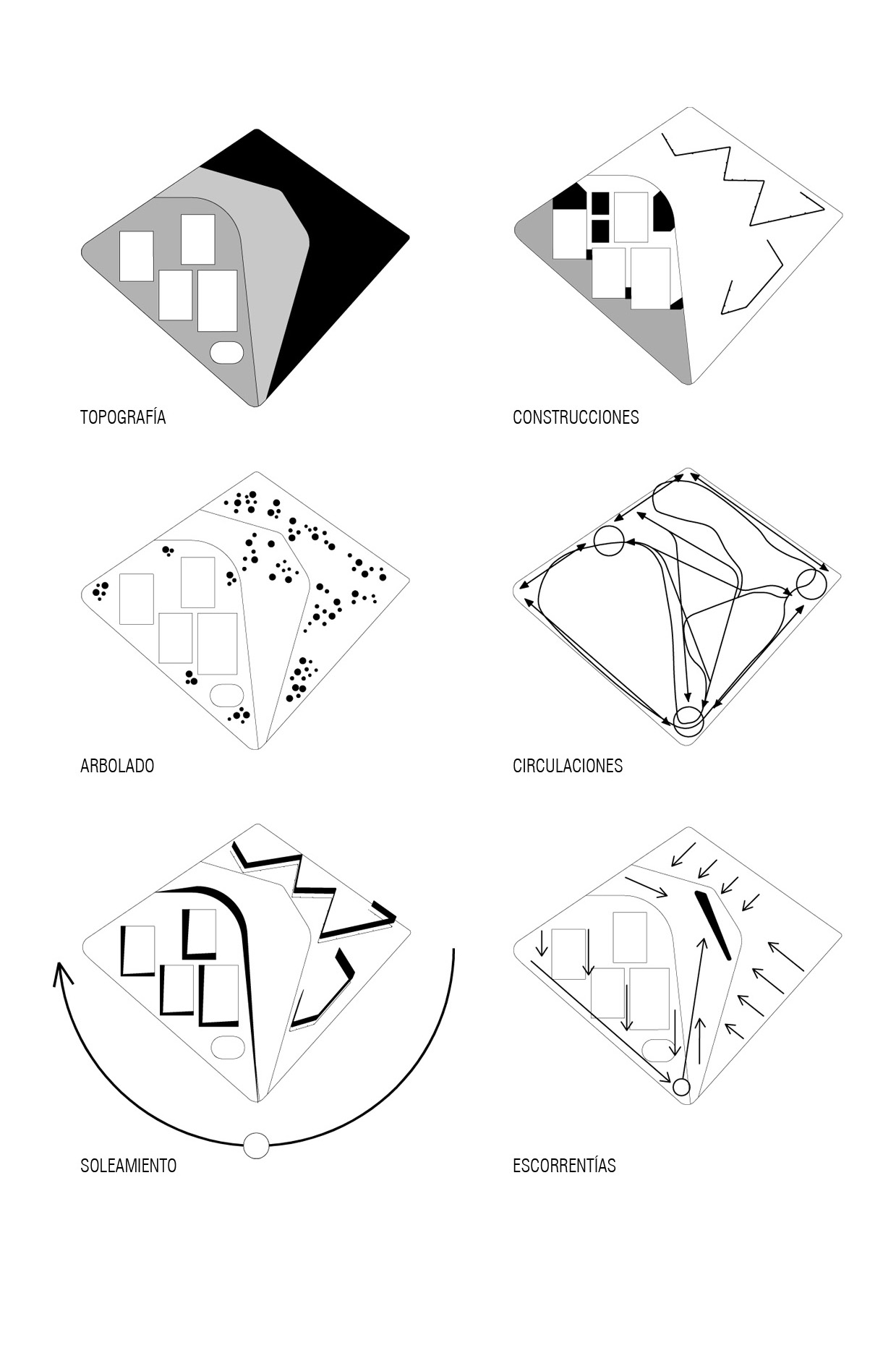 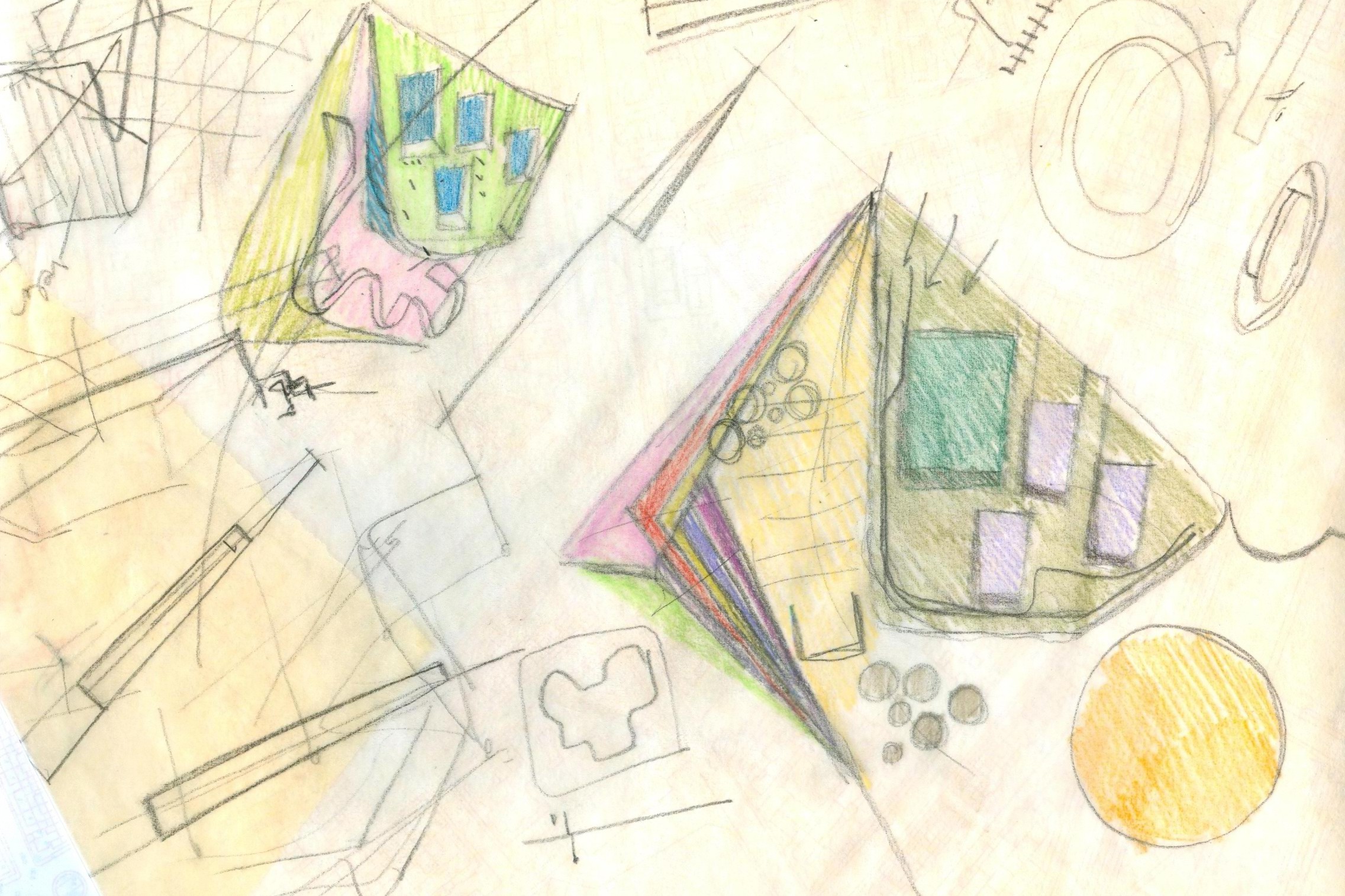 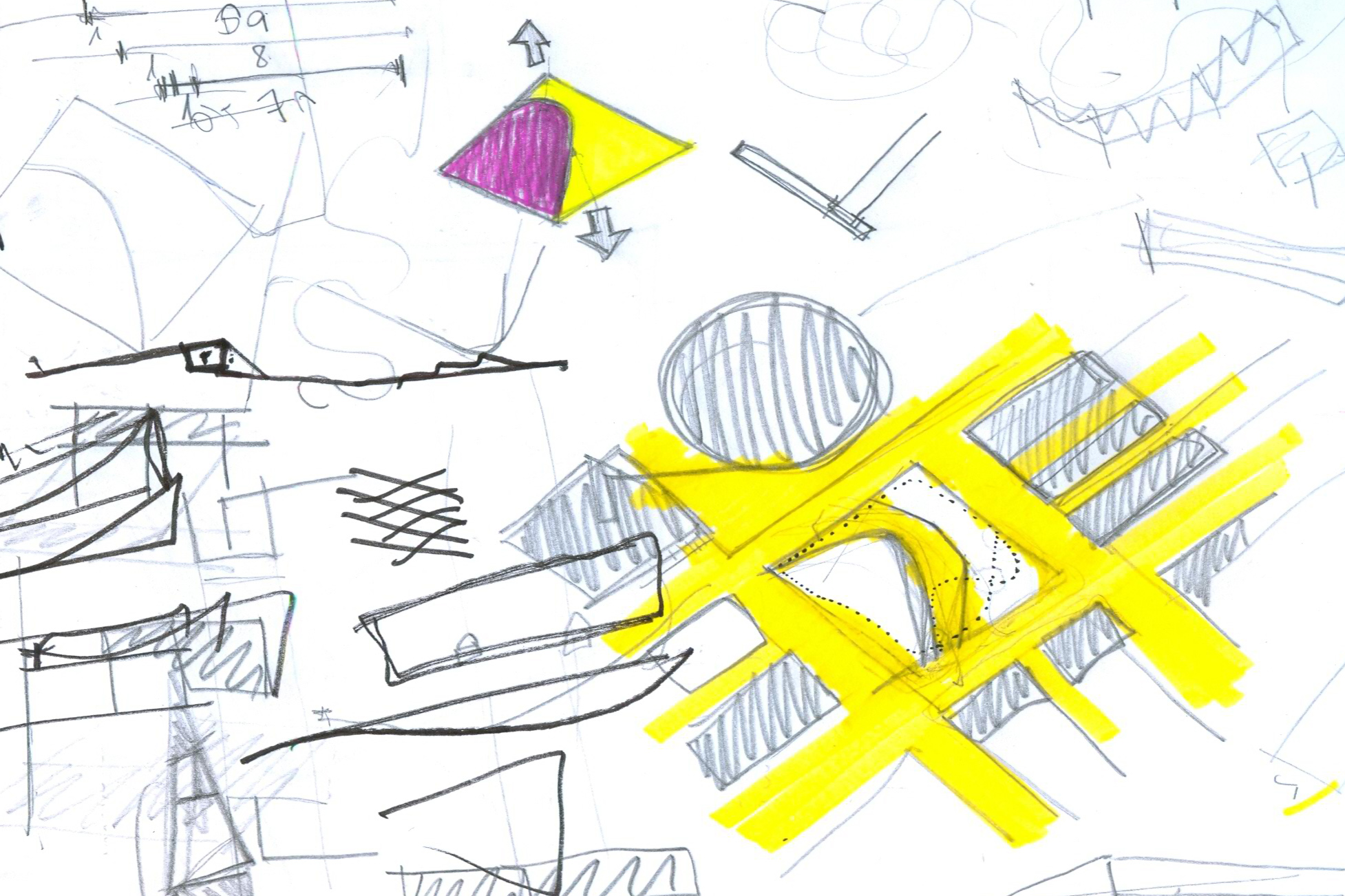 Object of this architectural competition is the district of Los Bajos defined as ”space in the middle” between the city, avenues, sea, mountain, etc …

The aim of this project was to define the urban spaces configuration to exploit the relationship with the nearby town Roquetas de Mar transforming a ”space in the middle” into versatile urban space with a full of functions and public activities.

Moreover, the proposed project not defining visual limits but creating a continuous space without physical limits.