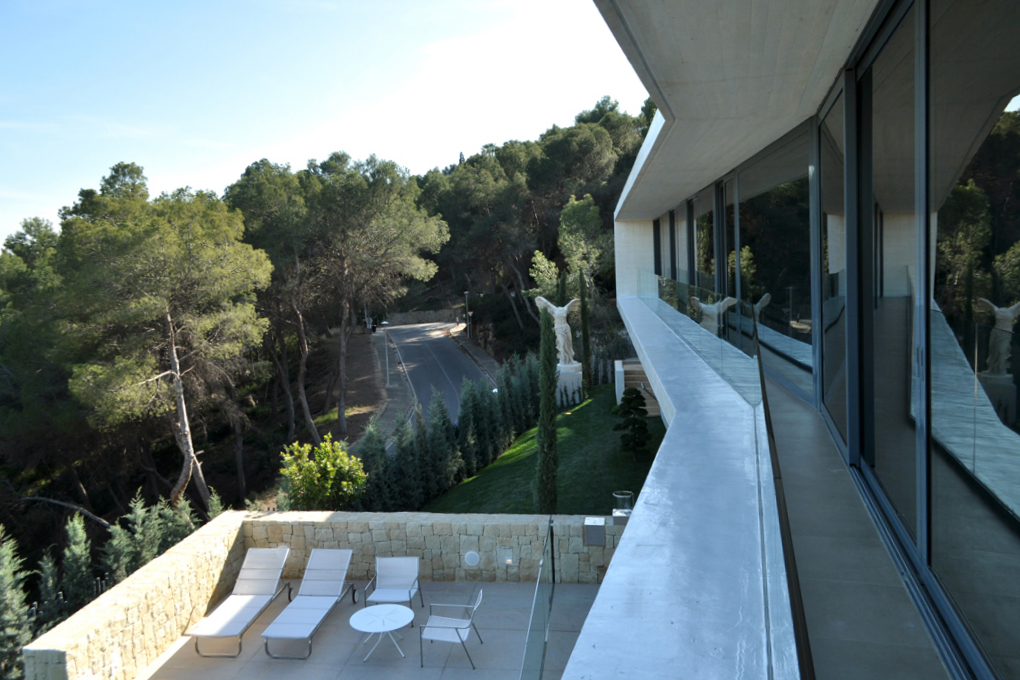 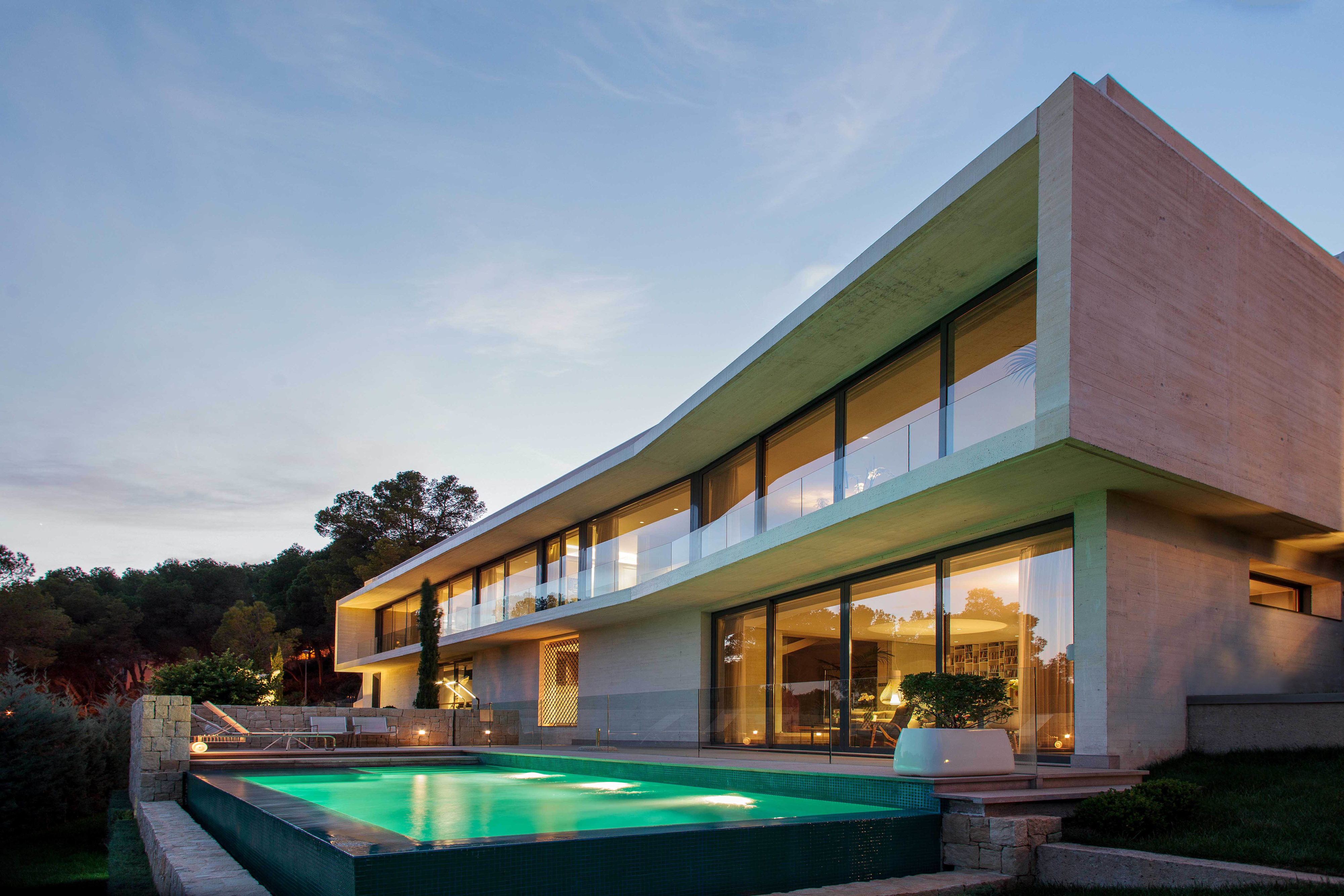 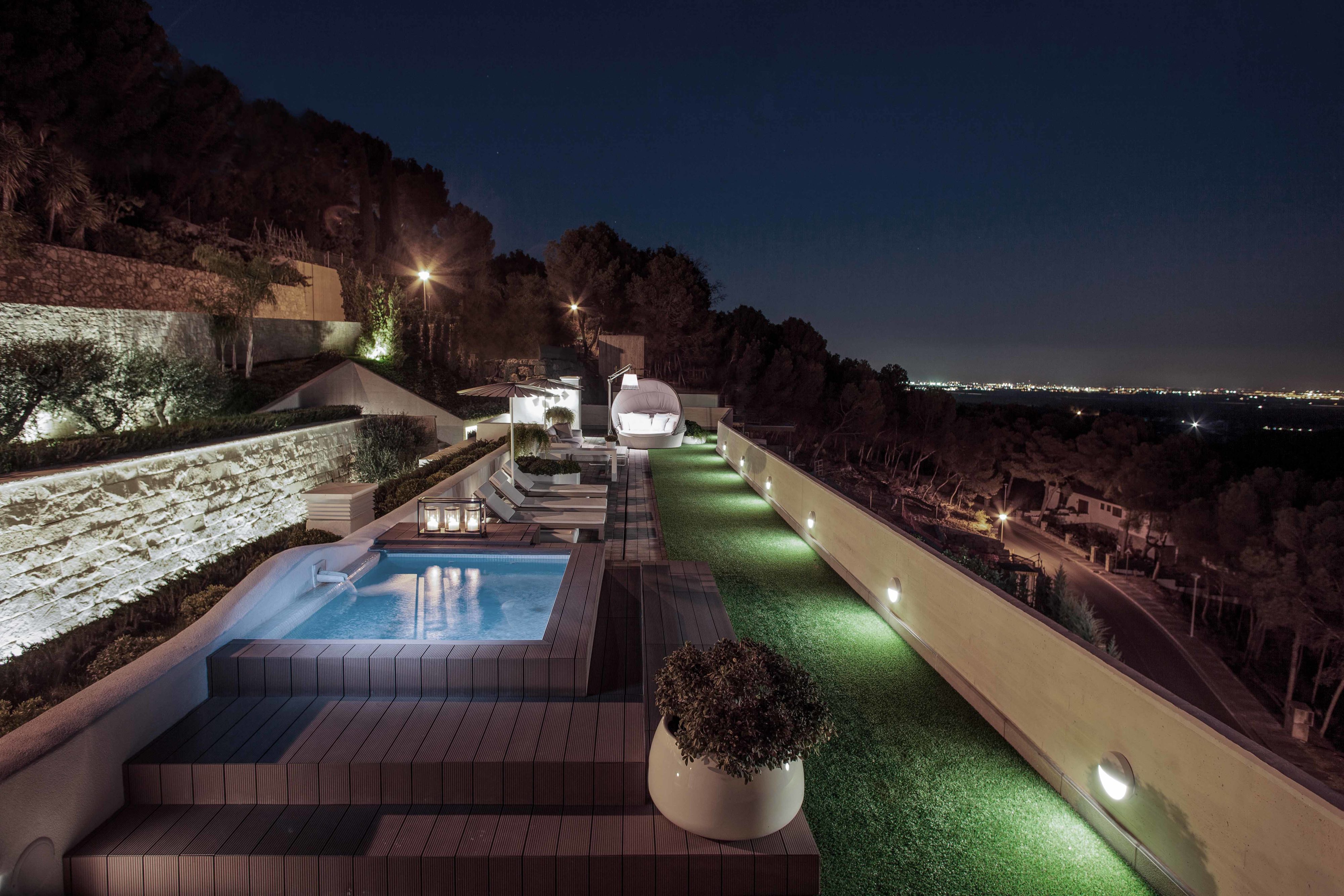 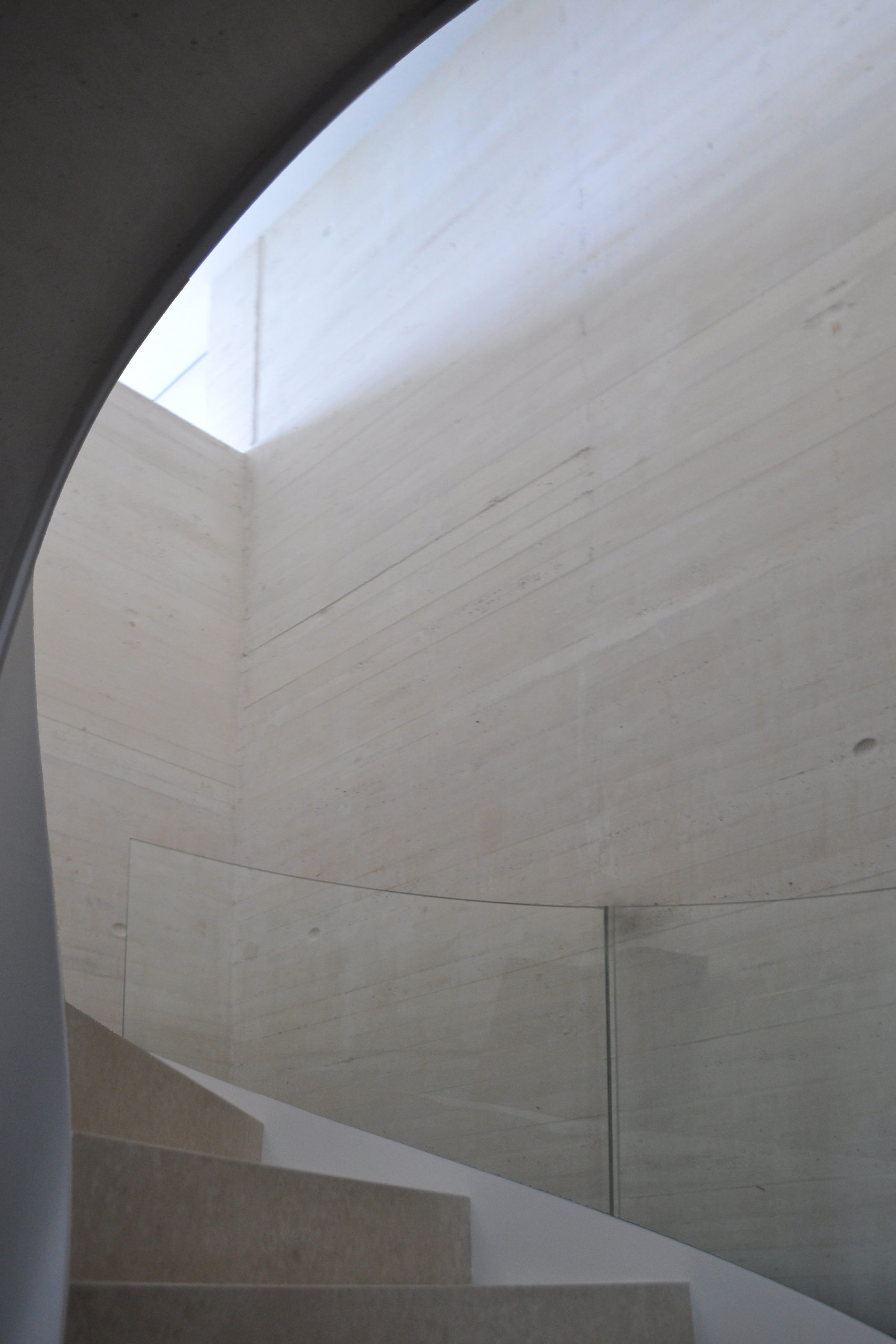 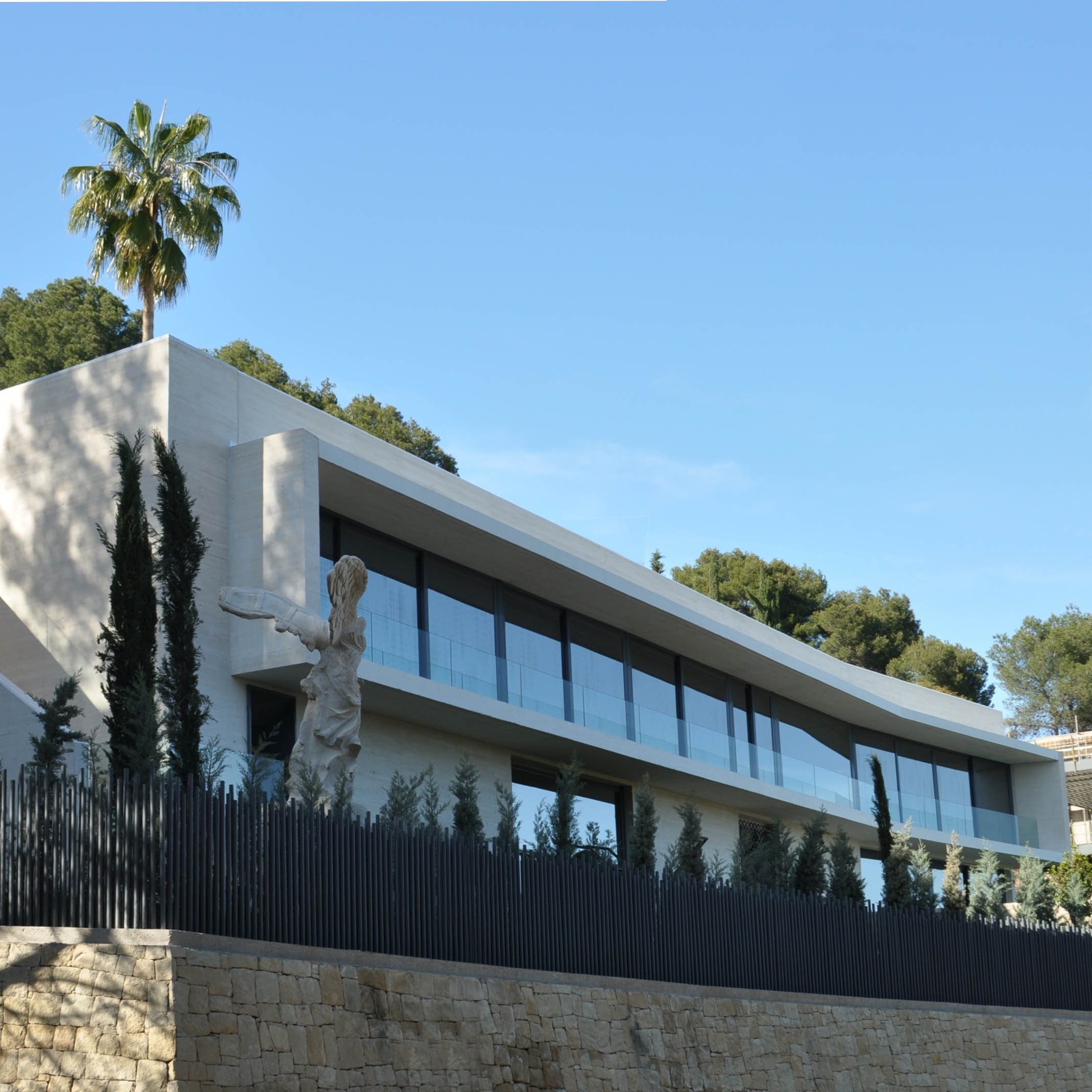 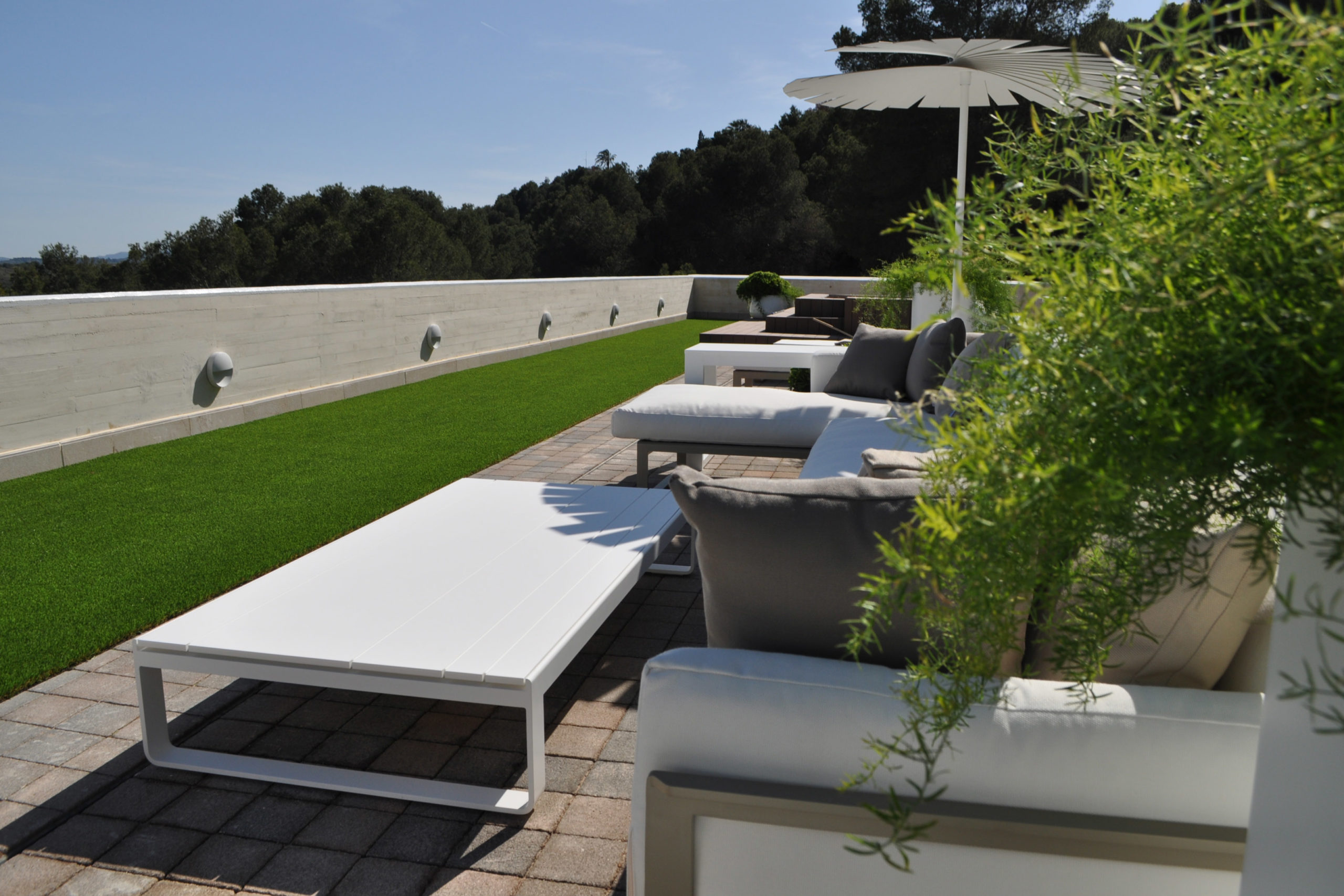 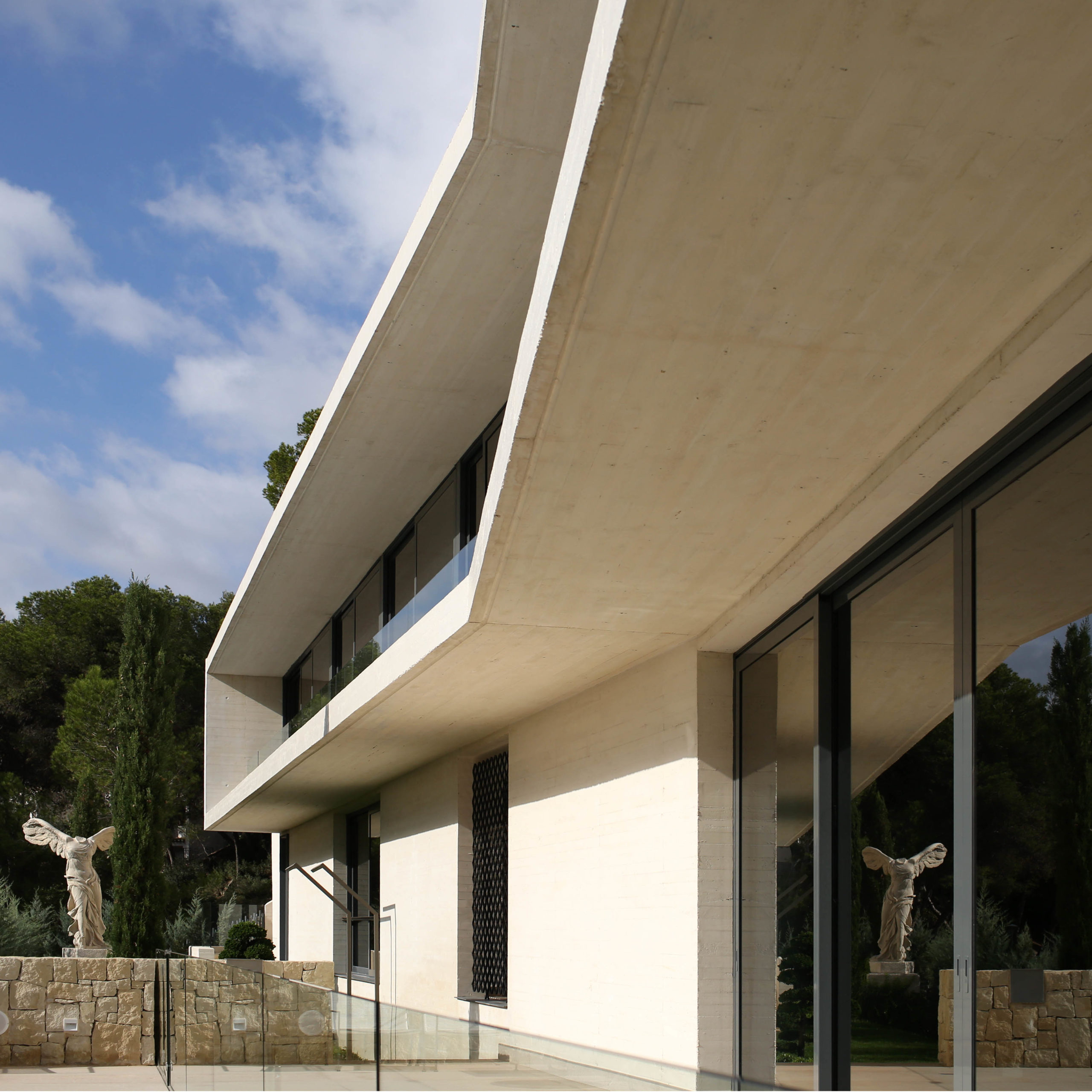 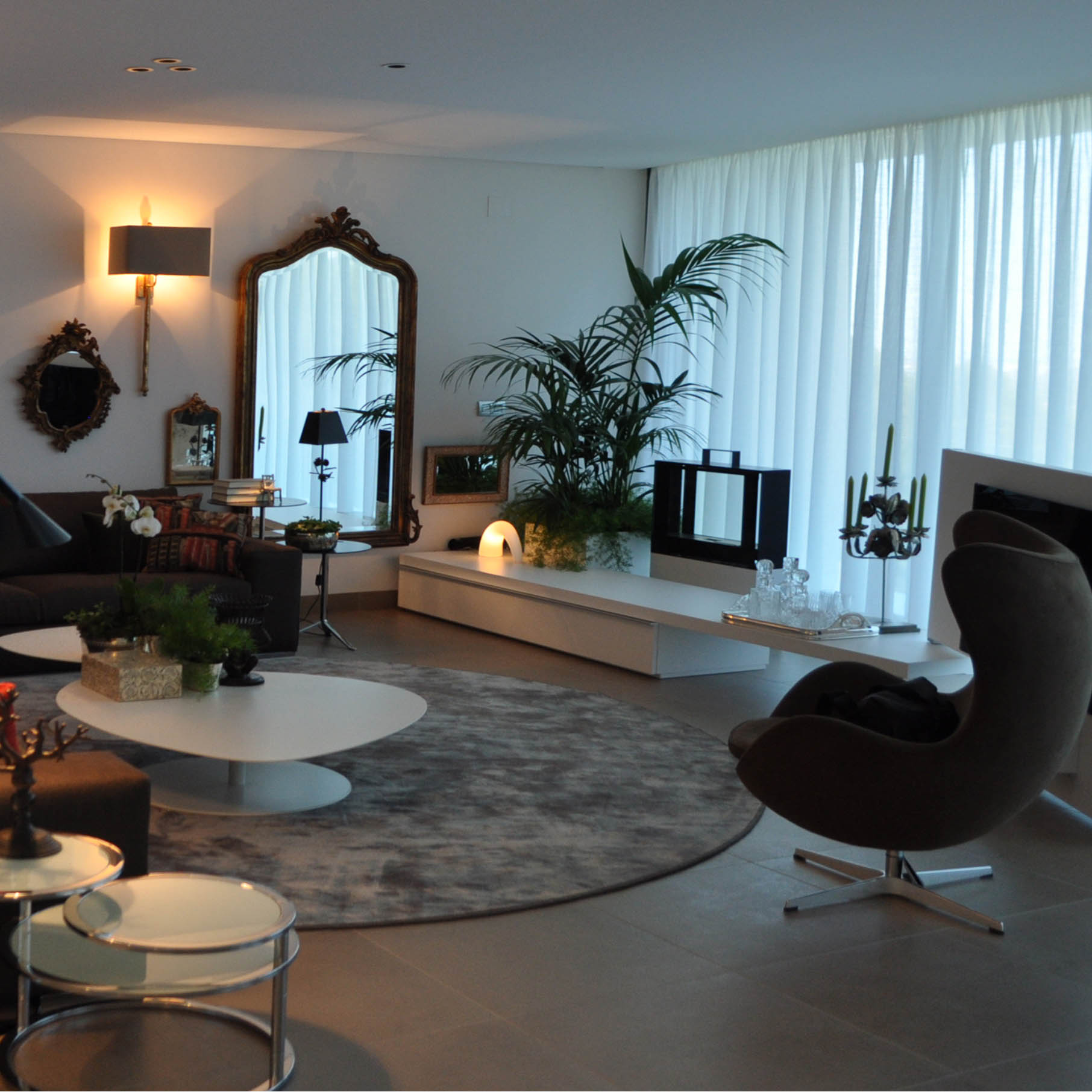 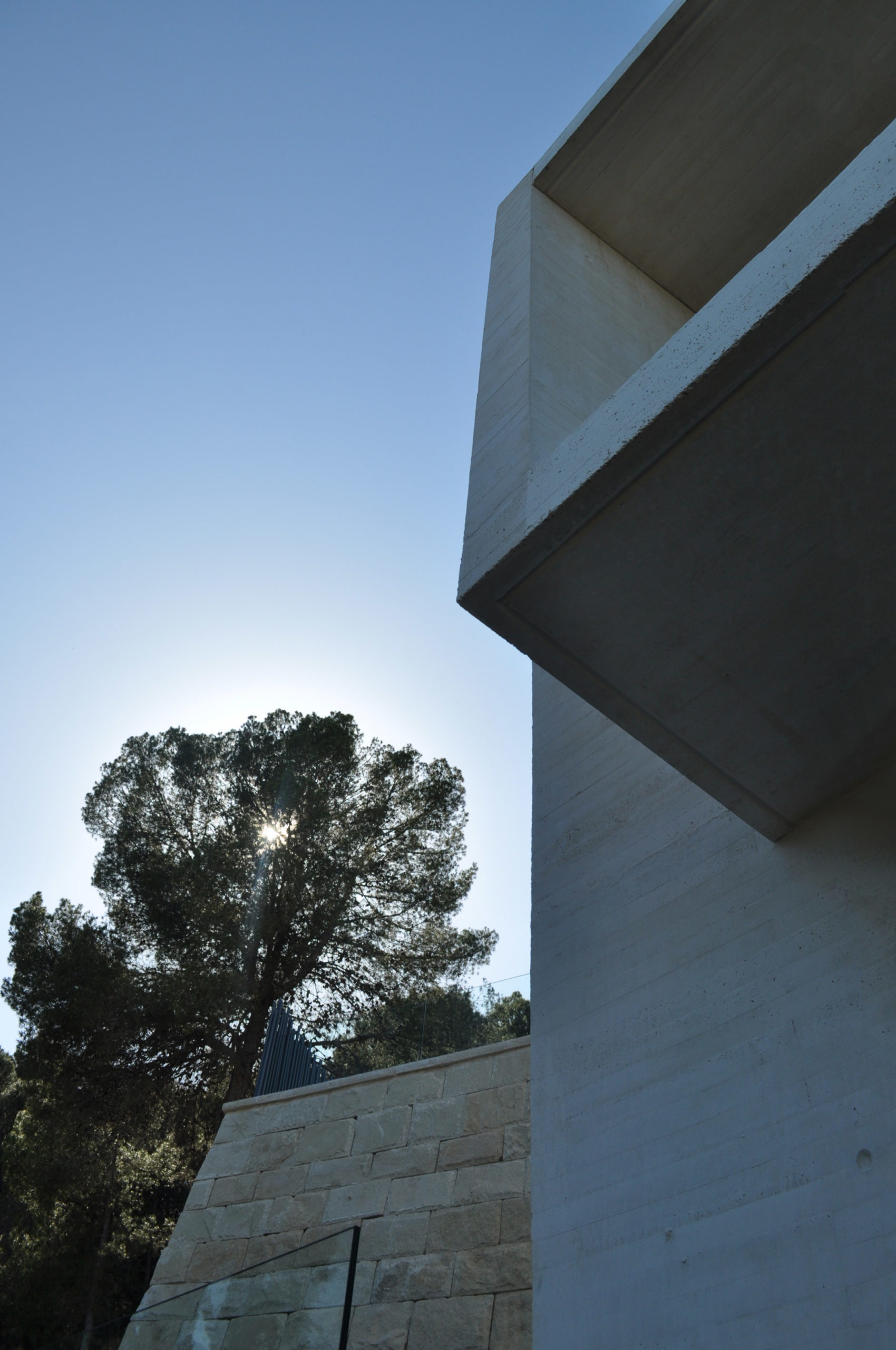 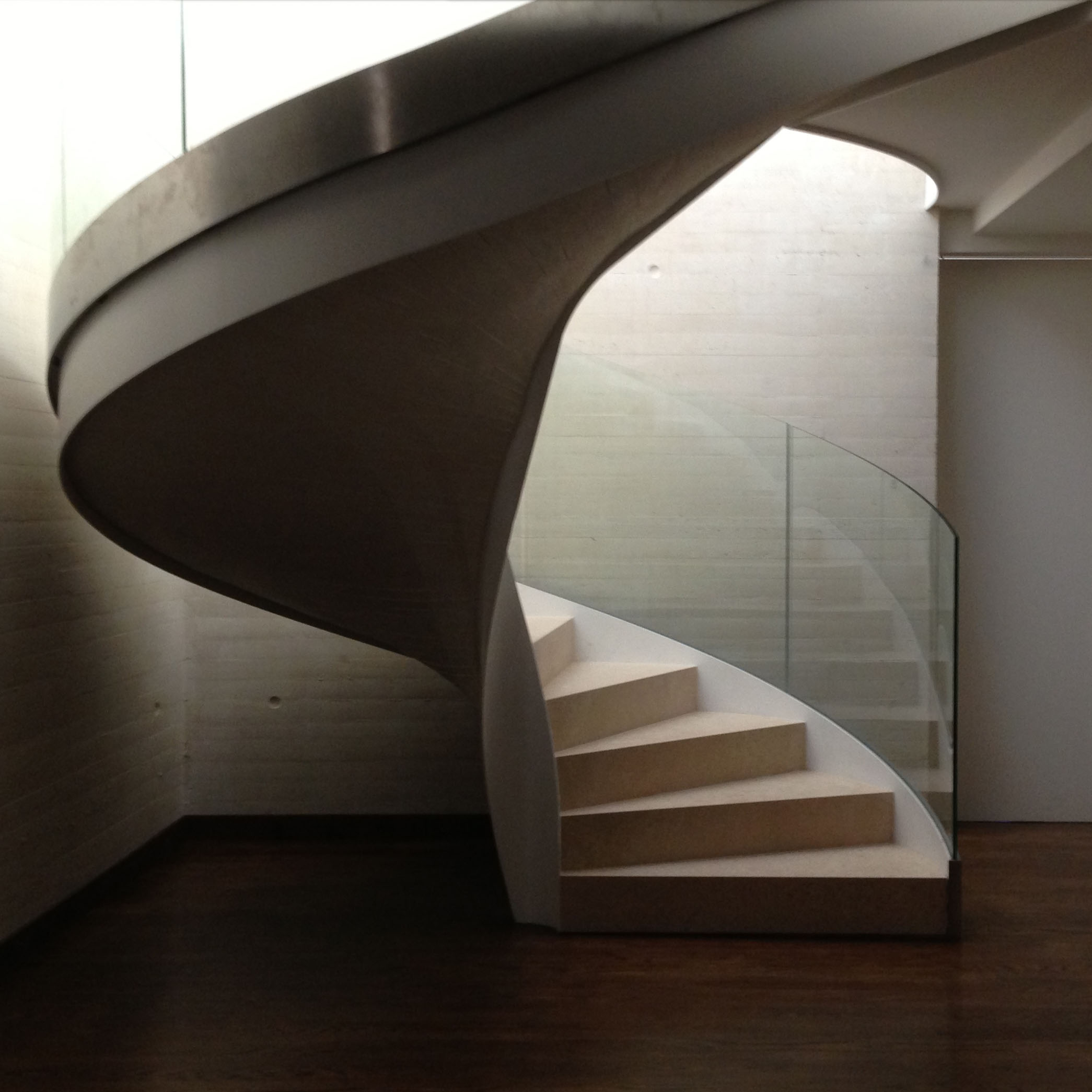 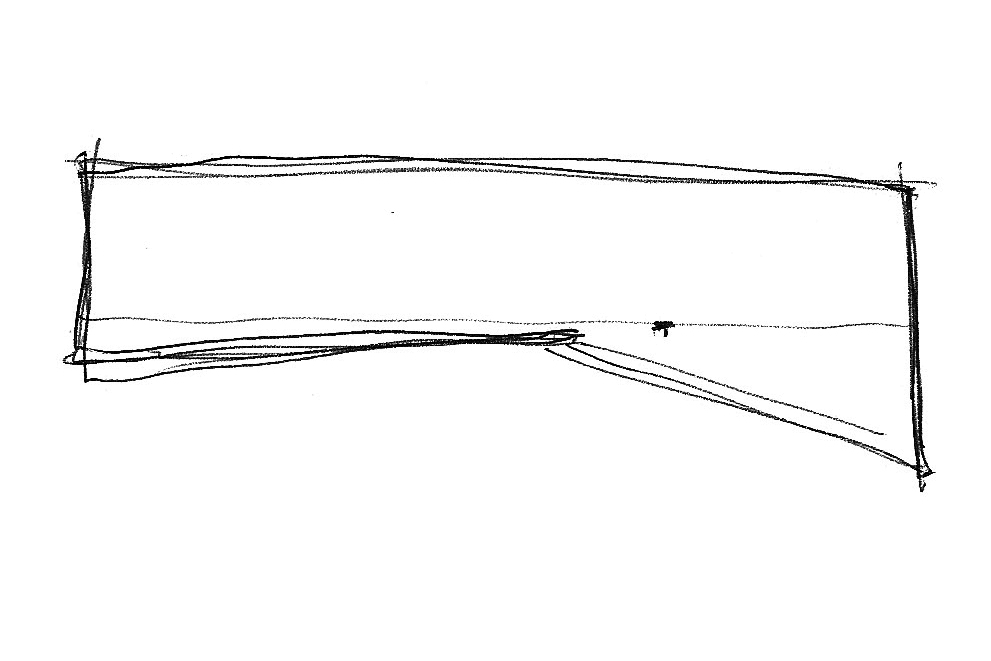 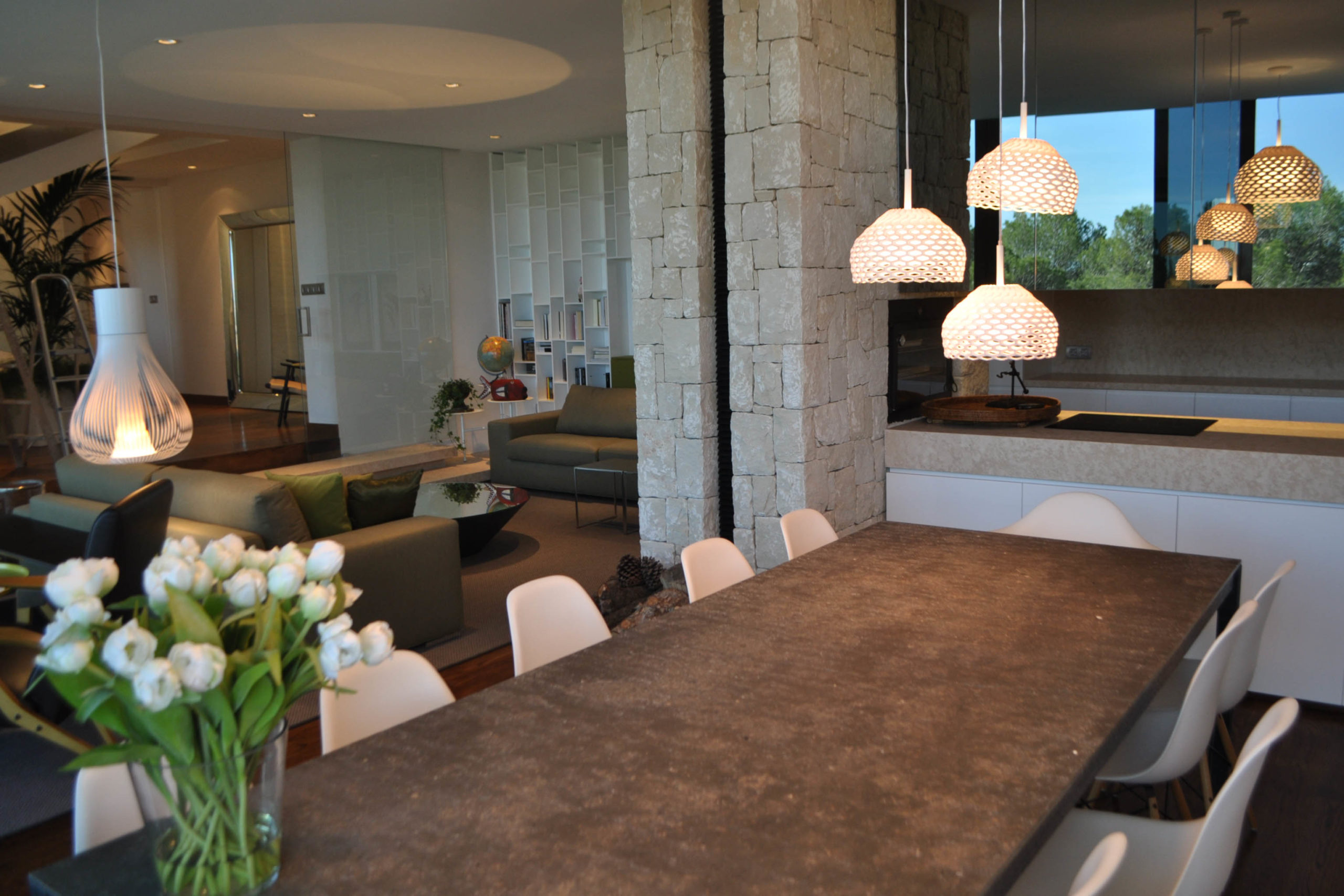 The property is located on a plot of accentuated slope, oriented South-East and its altitude is visible in the foreground the City of Valencia and in the distance the horizon of the Mediterranean Sea.

The topography and the mark left after the demolition of an old building, marked the first sketch lines that became the guide to follow for the design of this house. The architecture itself absorbs the difference between making terrain elevations articulating element separating the two major outdoor areas, a corresponding public access and a private housing where the pool and recreation area. The architecture provides a single massive volume element, constructed with reinforced concrete structural walls white seen continuous formwork wooden tablet is its unique skin. Access to the house is by the Northwest facade through a gentle slope flanked on one side by the white concrete wall housing splint and a sloping wall of large blocks on the other, is integrated into the batter accompanying us as we discover the land housing. As we enter the first floor is the living area, master bedrooms and lobby where is the spiral staircase by which we access the lower level without interfering in any other room. The building opens its two plants in the landscape to South-East. Projecting on the first floor a large window that runs the entire length accented by a ledge that enhances and boosts the volume and at the same time has a very important role as a passive system. The goal is to get in the hottest months of the year in July and August entry into the dwelling of direct solar radiation is zero while in the coldest months of January and February, the windows allow maximum sunlight capture. In addition to the ledge, in the design of housing are taken into account other passive systems that greatly improve the energy efficiency of the house.