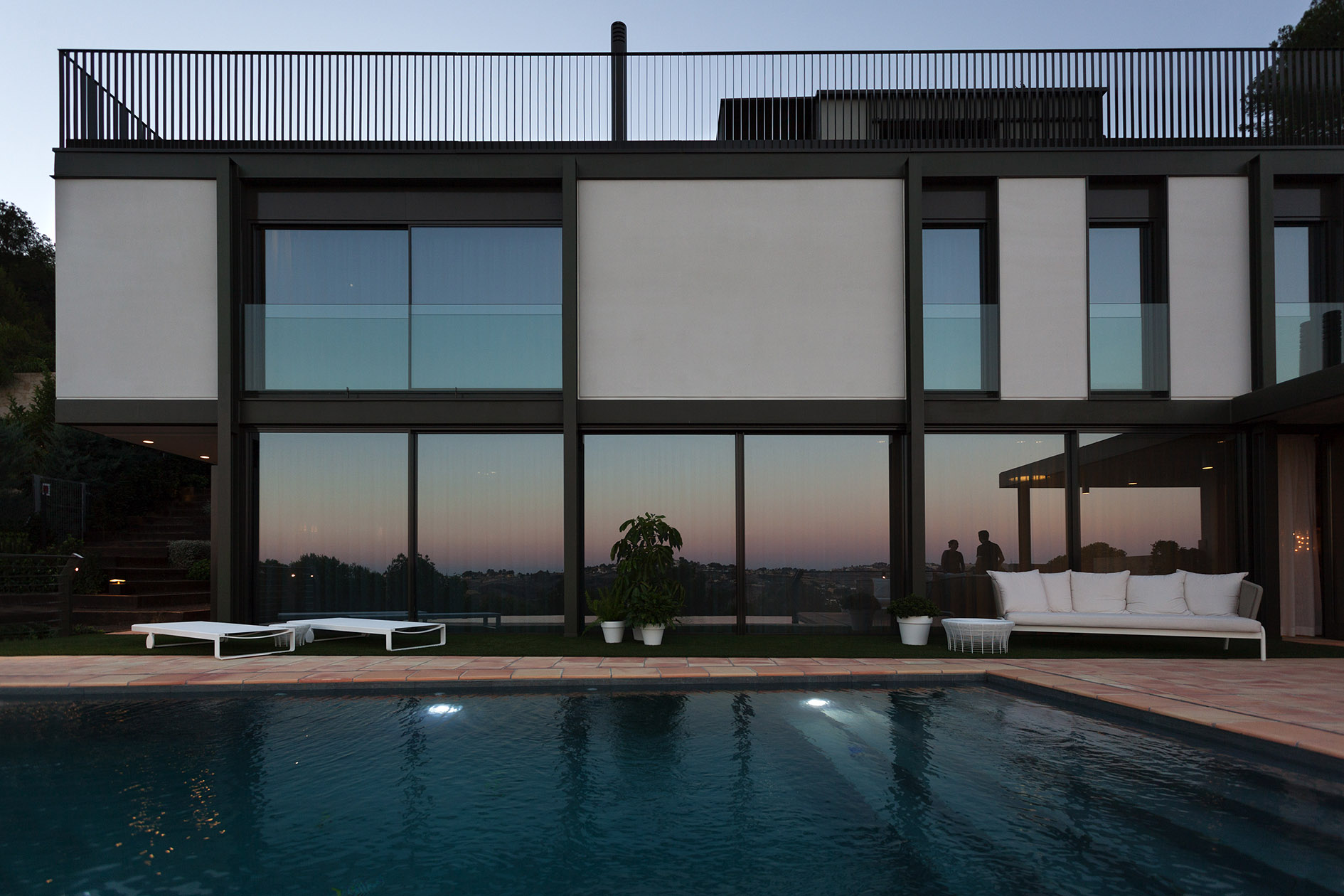 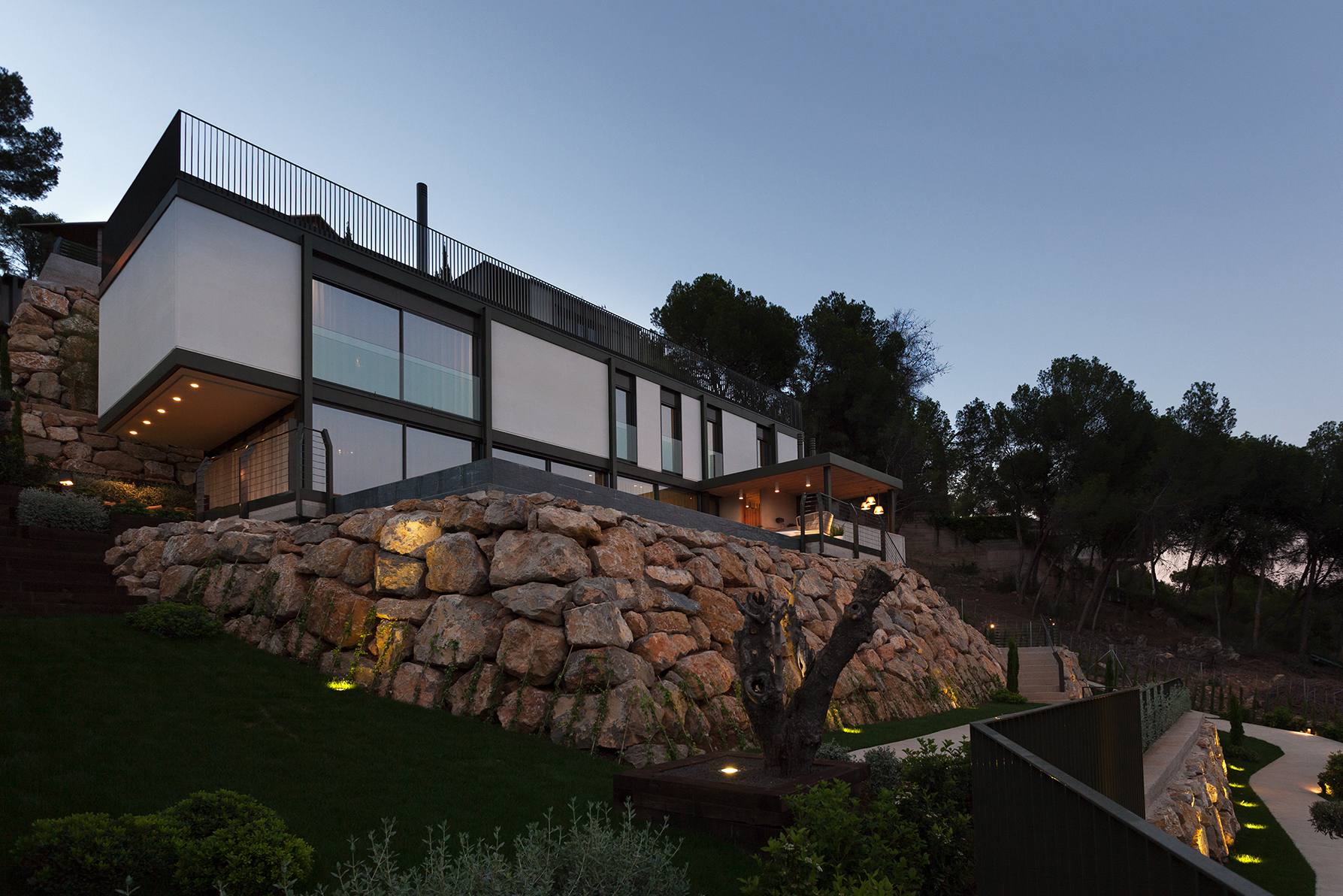 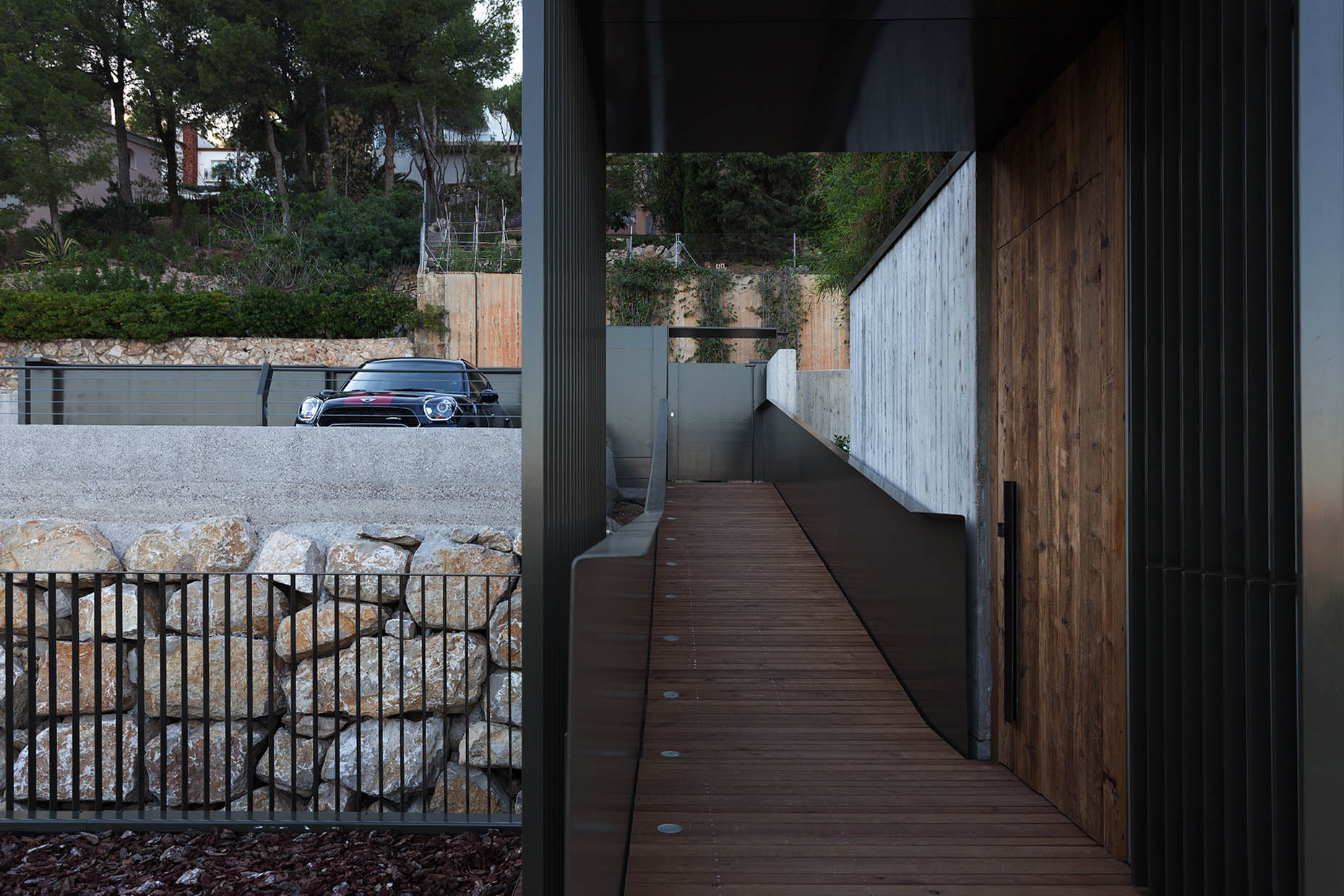 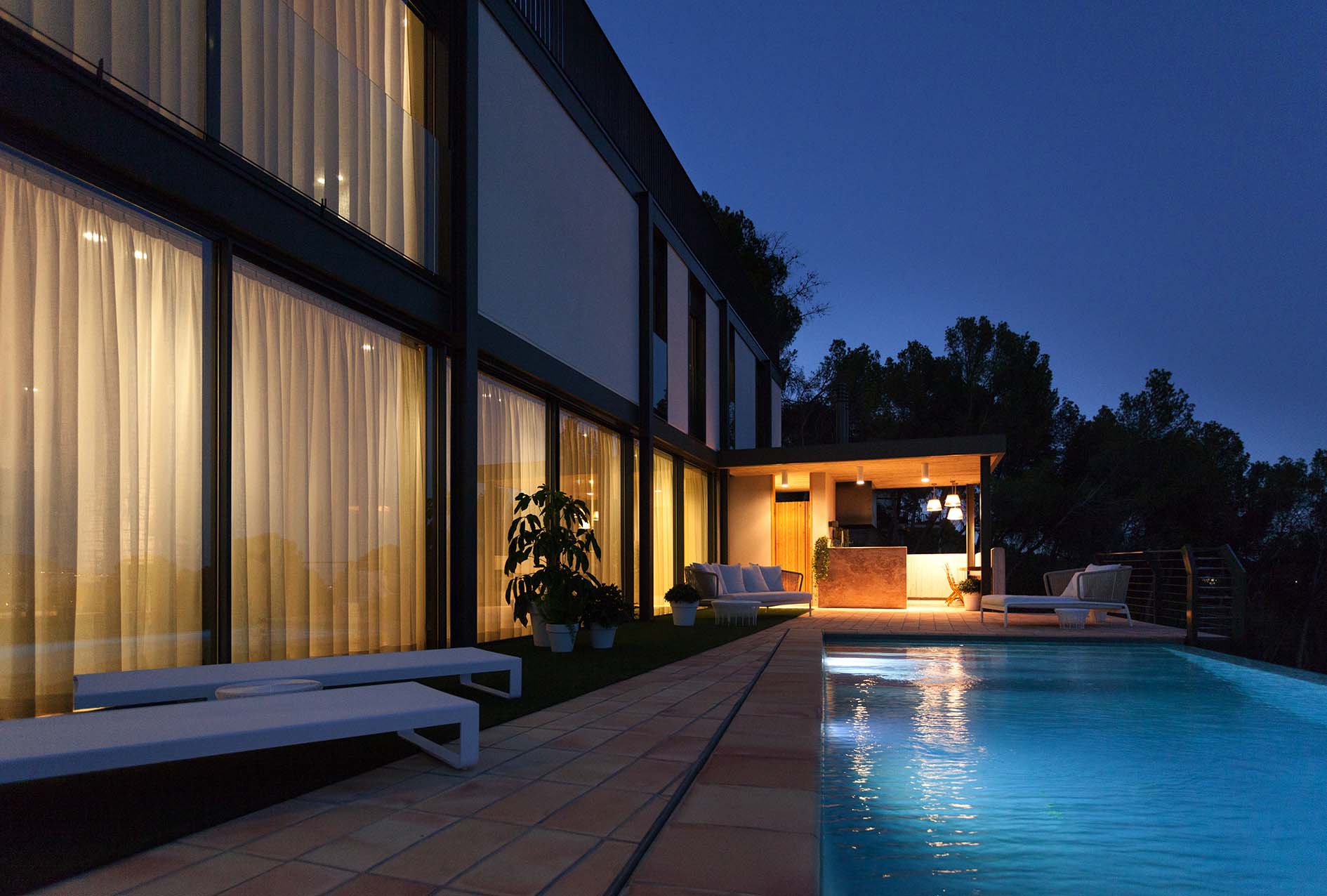 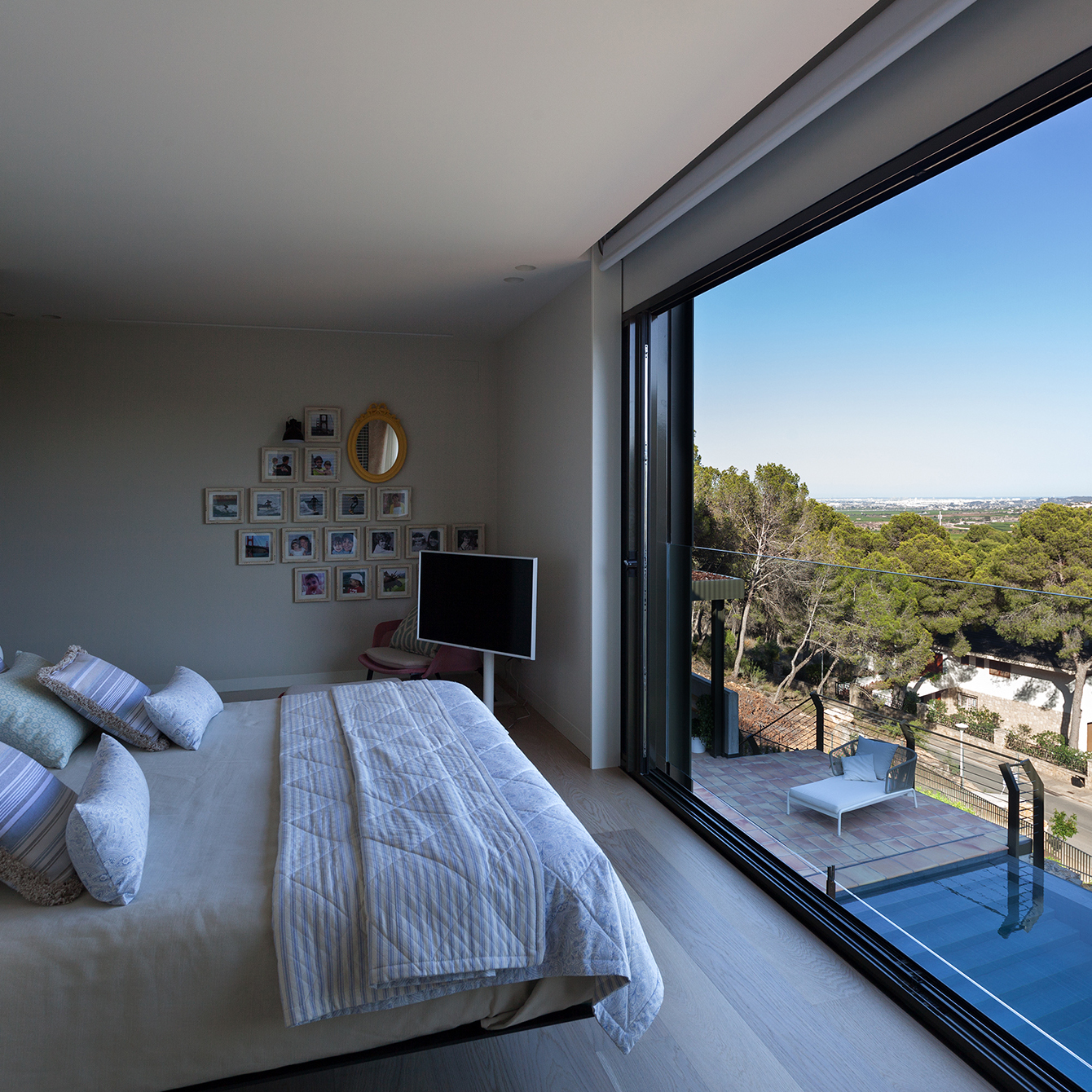 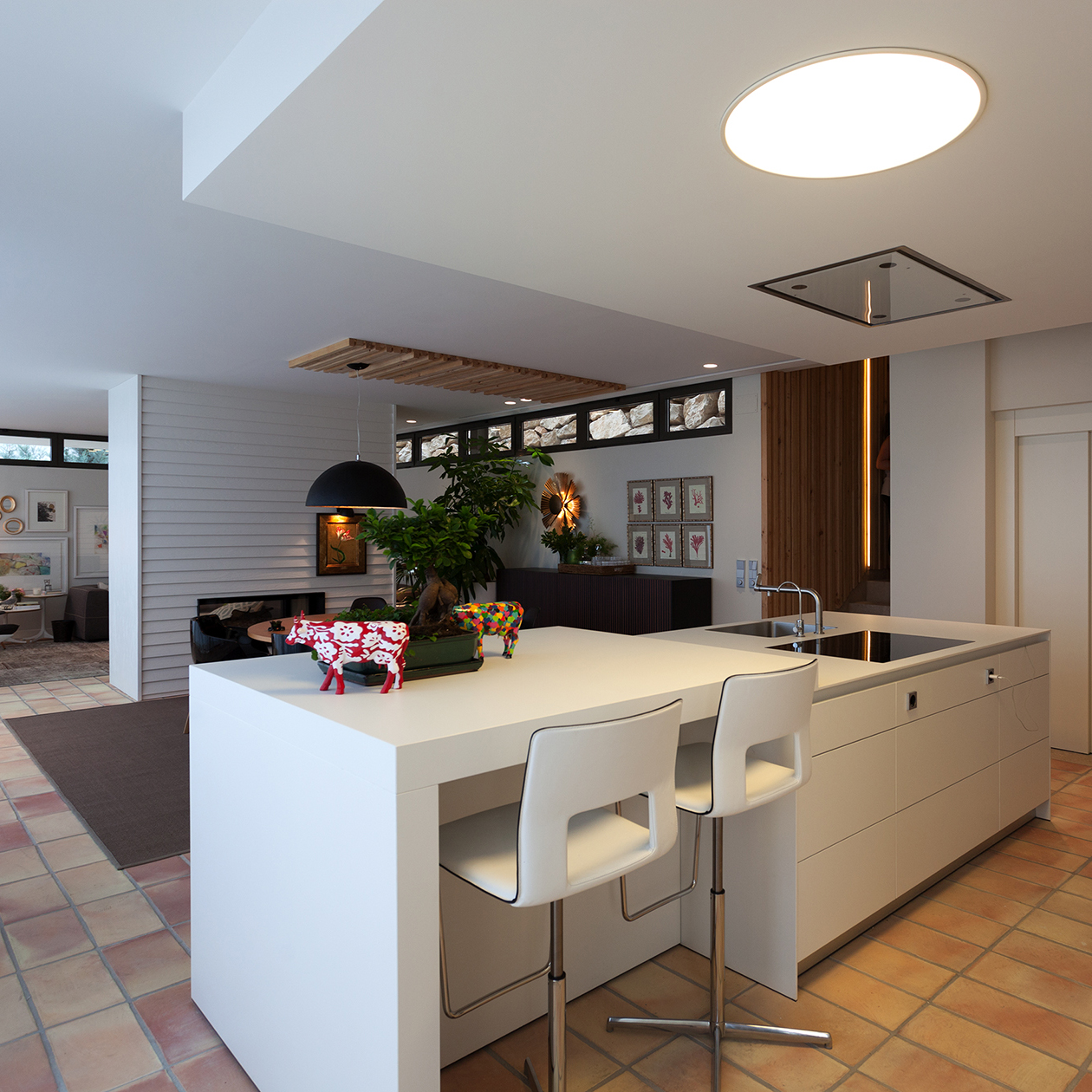 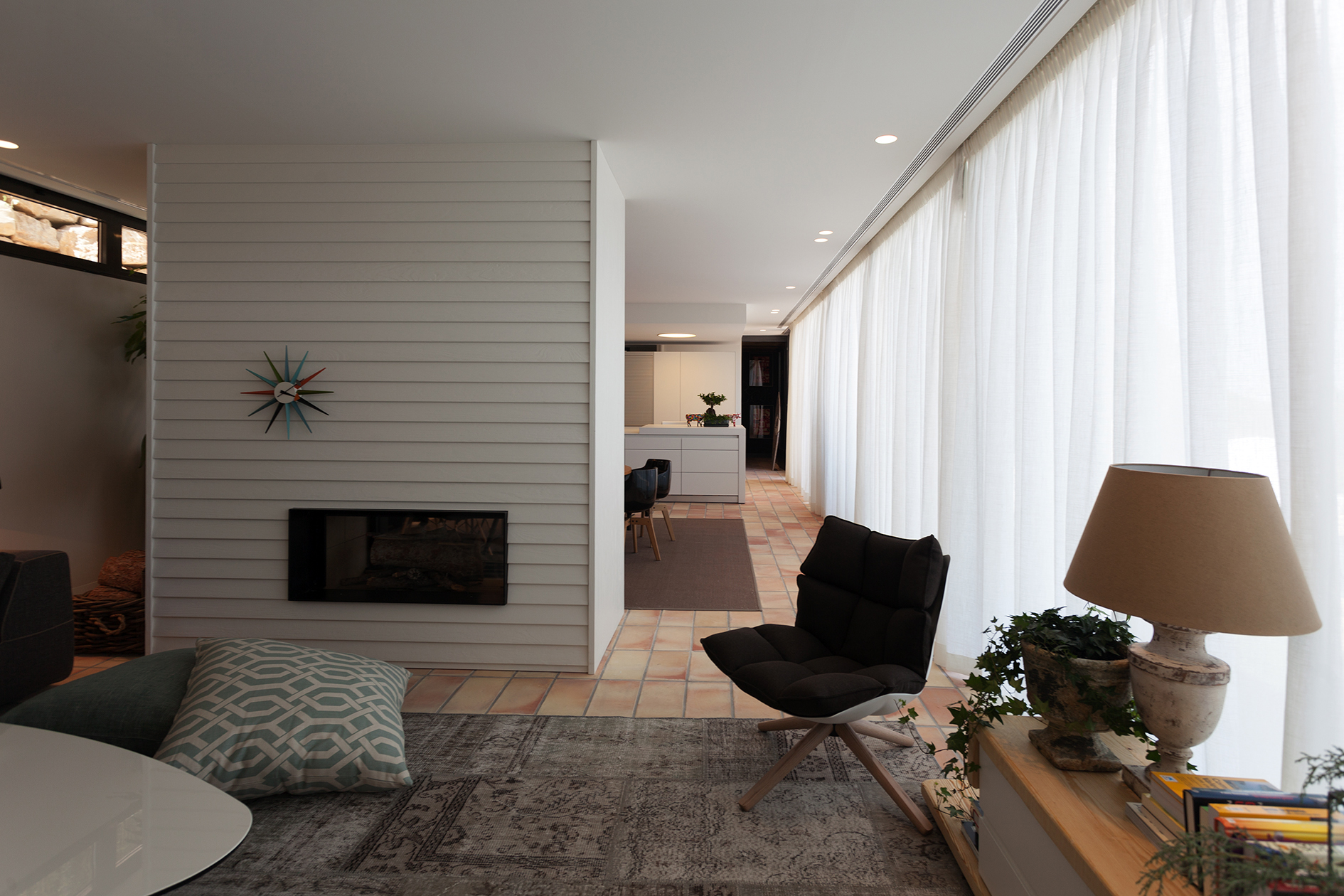 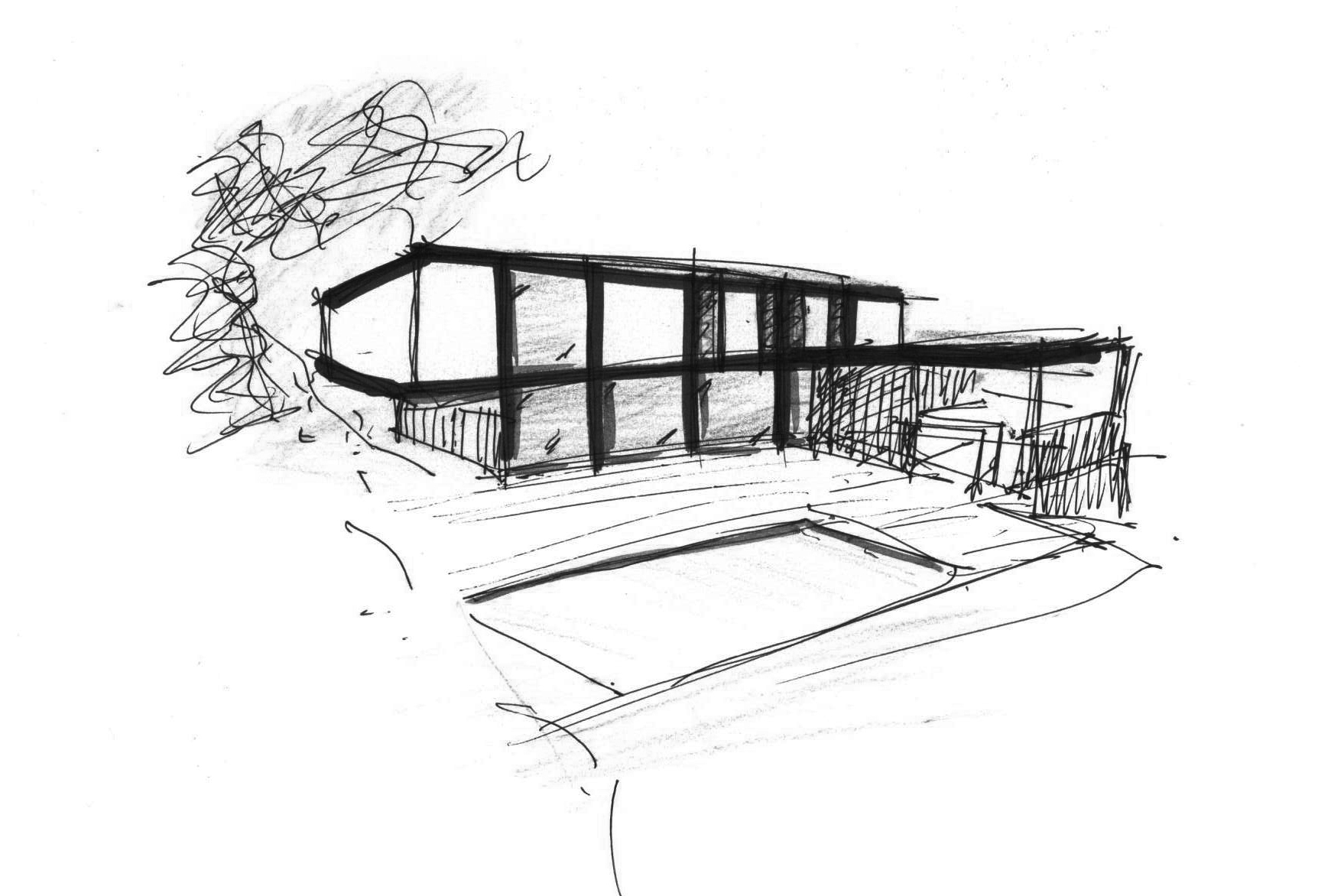 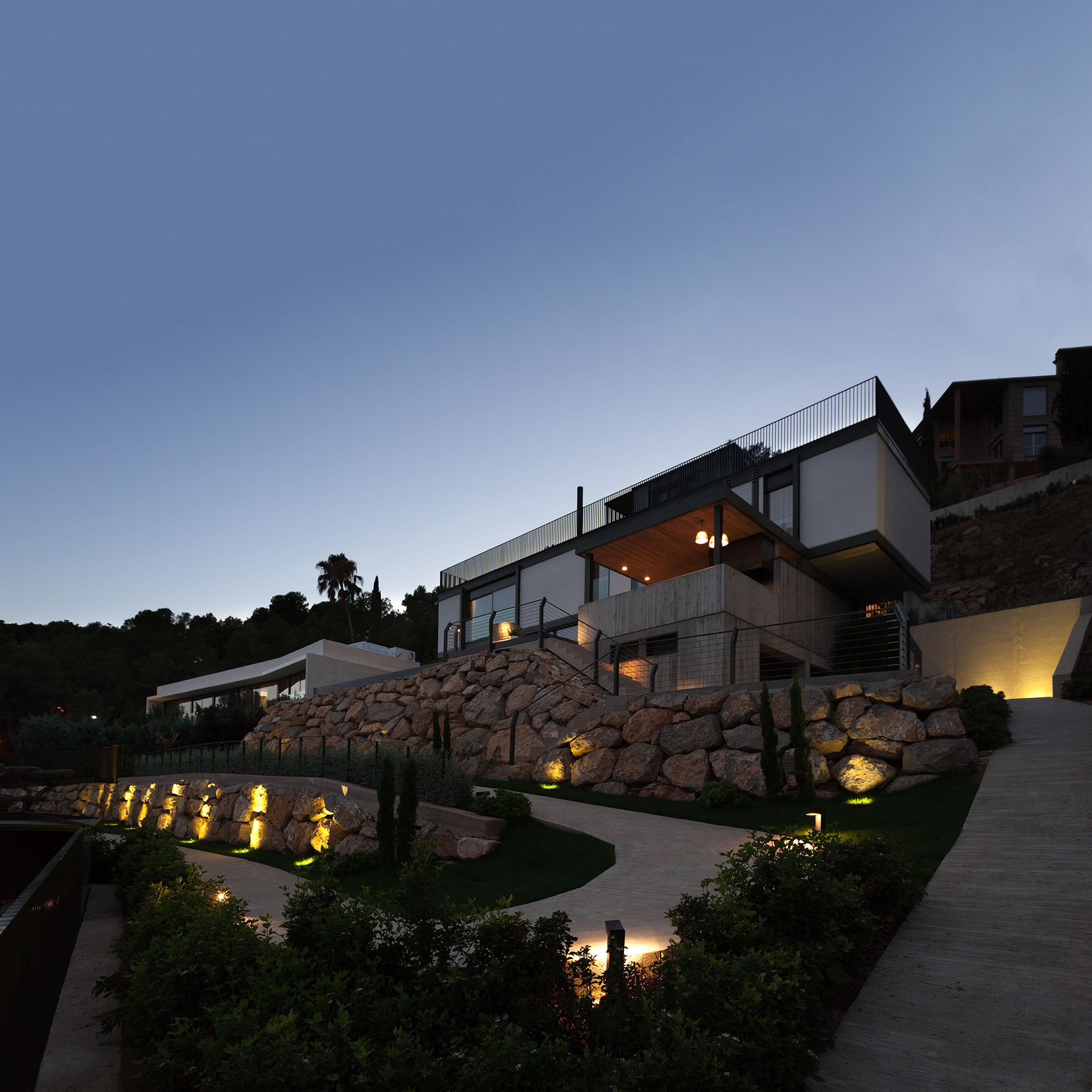 The spirit and the personality of the owners influence in the design from the beginning til the end. A restless, rebel and non-conformist character induces that the design of the house adds experiences already lived and dreams up to live.

Implanting the building on this site is a challenge and it is also a motivation, because the plot has a very sharp slope and orientation and spectacular views to the sea and the city of Valencia.The house is located at the steepest point of the plot and is formed by two volumes, one embedded in the ground and heavy character made of woodden slabs formwork gray exposed concrete splinting and another placed on top of this slightly separated with light appearance using in this case materials and prefabricated dry and light systems (prefabricated concrete ). The volume in contact with the ground is designed as a open concept floor promoting flexibility of use of space generating infinite solutions and responding to the house social uses. Bedrooms and private rooms are located in the upper volume. The design, layout and the house have as a result an energy-efficient building.