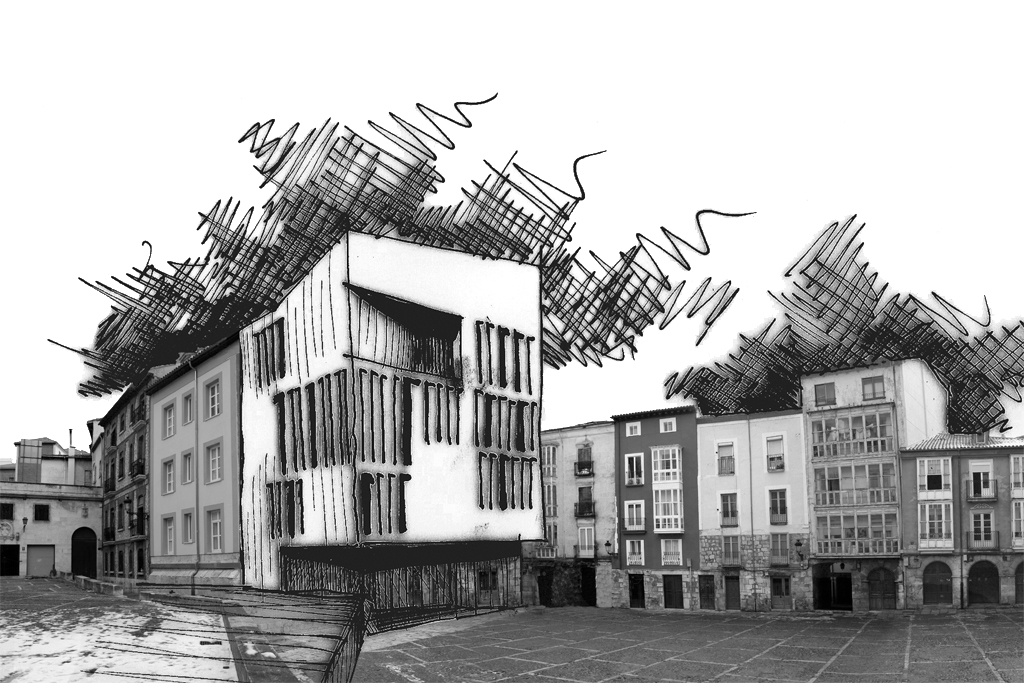 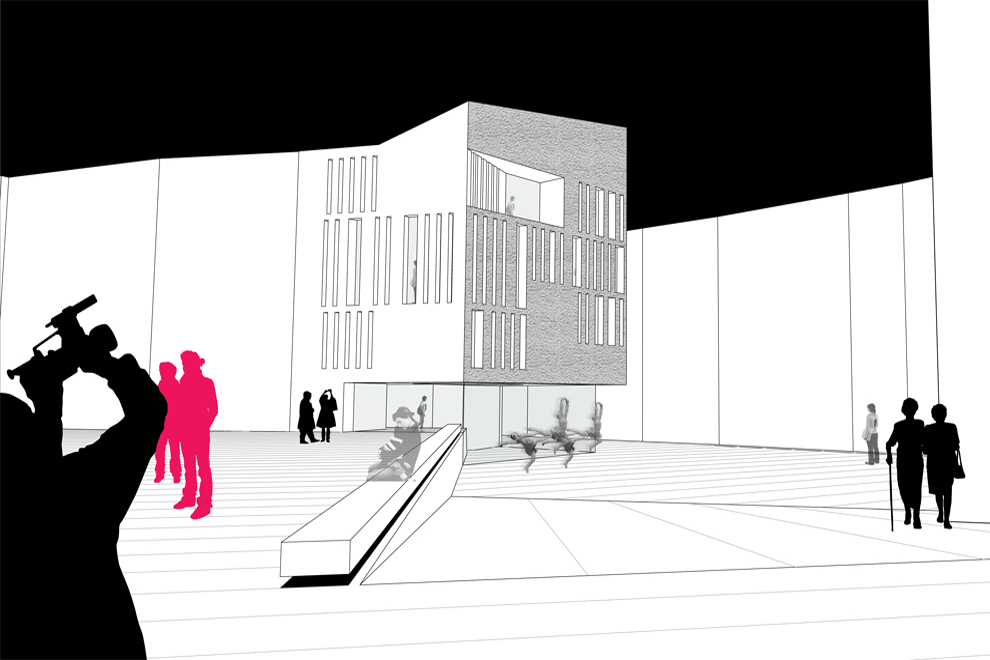 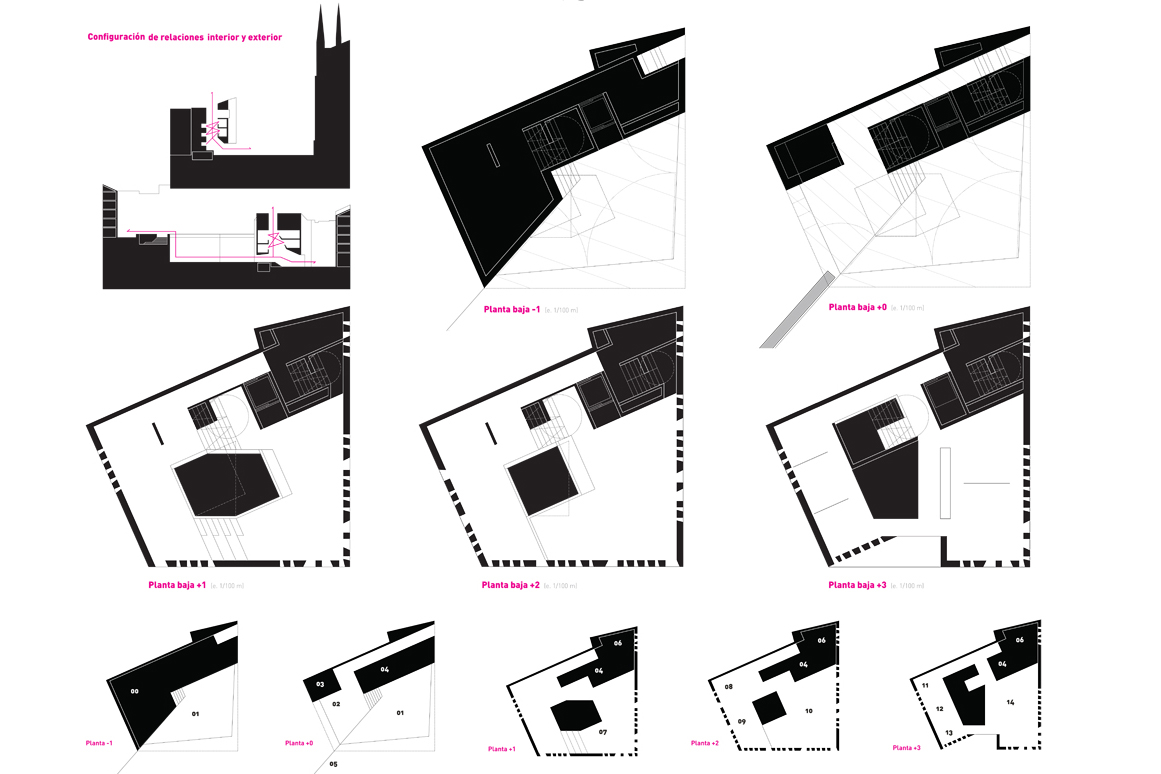 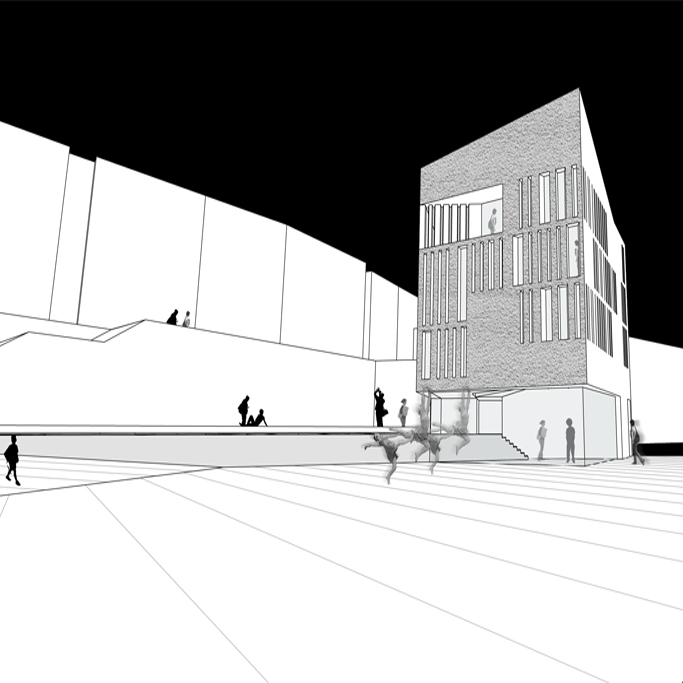 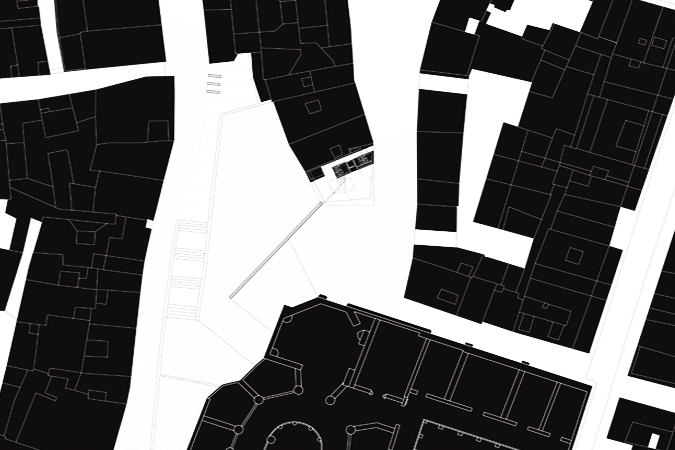 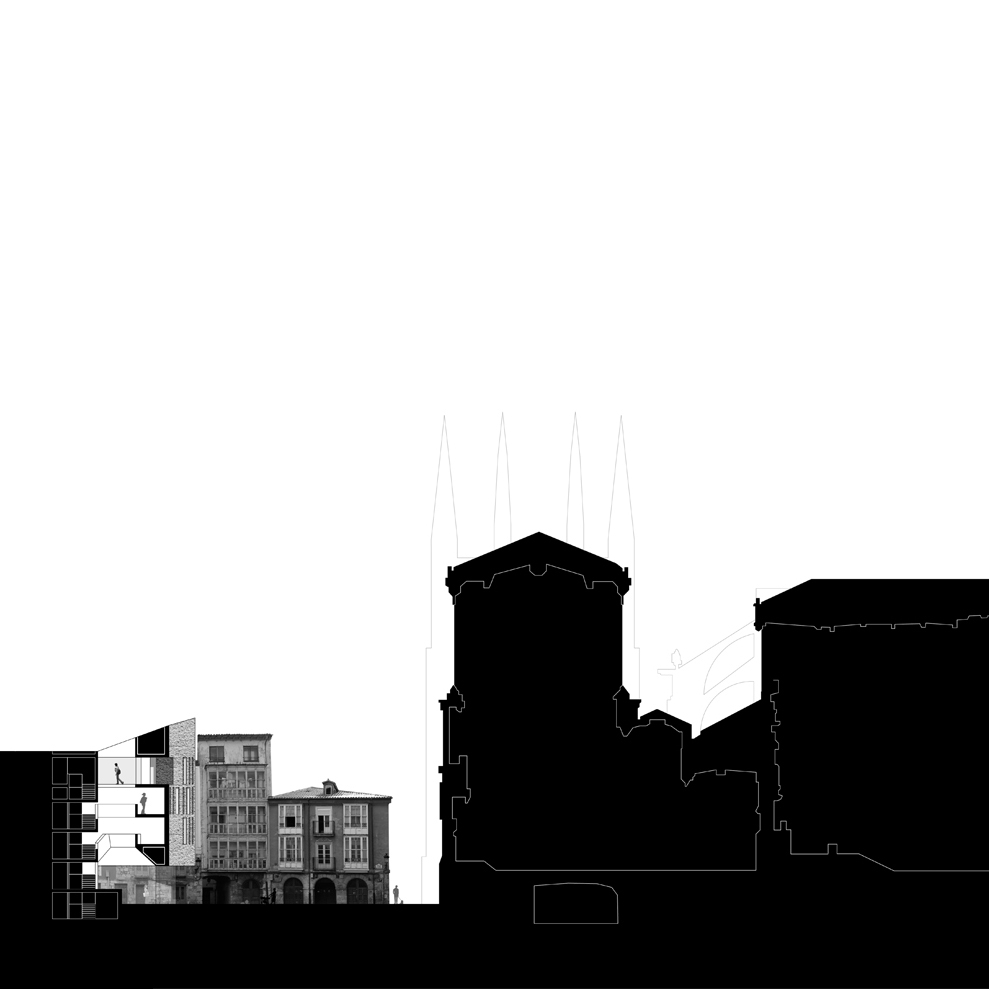 The project is proposed within the Historic Center of Burgos, as a catalyst. Birth of a new meeting place for youth, becoming a focus of expression, culture and art.

The features of the environment we occupy are an accommodation to Llano, a clutter of houses and the cathedral as the main element, key metropolitan development. These characteristics define a space and place on different levels. The proposal, redelimita both levels, creating a public space in relation to an open and suitable for many uses. Part of this is covered by the building of the “Consulado Joven”, but without losing their public character, a meeting space, rallies, concerts, workshops, exhibitions …. By and for young people. “El Consulado Joven” is set, suggesting a contradiction between mass and porous nature, emptying the ground floor and doing some faint vertical openings in higher plants, the visual target us and we reveal the inner dynamic. Youth looking to the past and vice versa. Also inside is defined by a bare structure, inviting his occupation, exposing its internal evolution of the concerns, needs and rebellious nature of young people attend there, inviting them to transform it into itself and thus strengthen the relationship of commitment and responsibility of youth in the city.